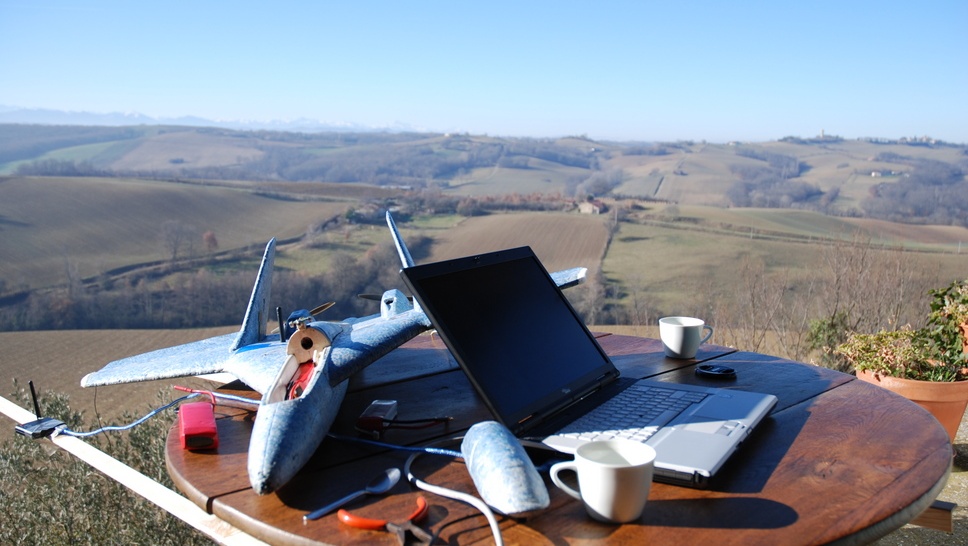 We gave a talk at the 24C3 congress in Berlin and presented the Paparazzi project. Two autonomous aircraft flying near Toulouse, France and Hildesheim, Germany were controlled from the big screen in the auditorium in Berlin.

The trajectory was modified in flight, telemetry and live on-board video data was shown. There were teams launching and supervising the aircraft locally. There is an SPIEGEL Online article (in German).