We have a little bit of a sleep deficit from last night. It was not until around 1:30 AM before we left from the station. The temperature and the change of put clothes on/off and going out/back into the station adds to that. Heating pads find its useful application.

Two more quick wire temperature sensors are calibrated over several hours and we equip a second flyer with the new sensors. There is a meeting with the students in the afternoon. They should consider where and how we will measure on Wednesday during the field day. 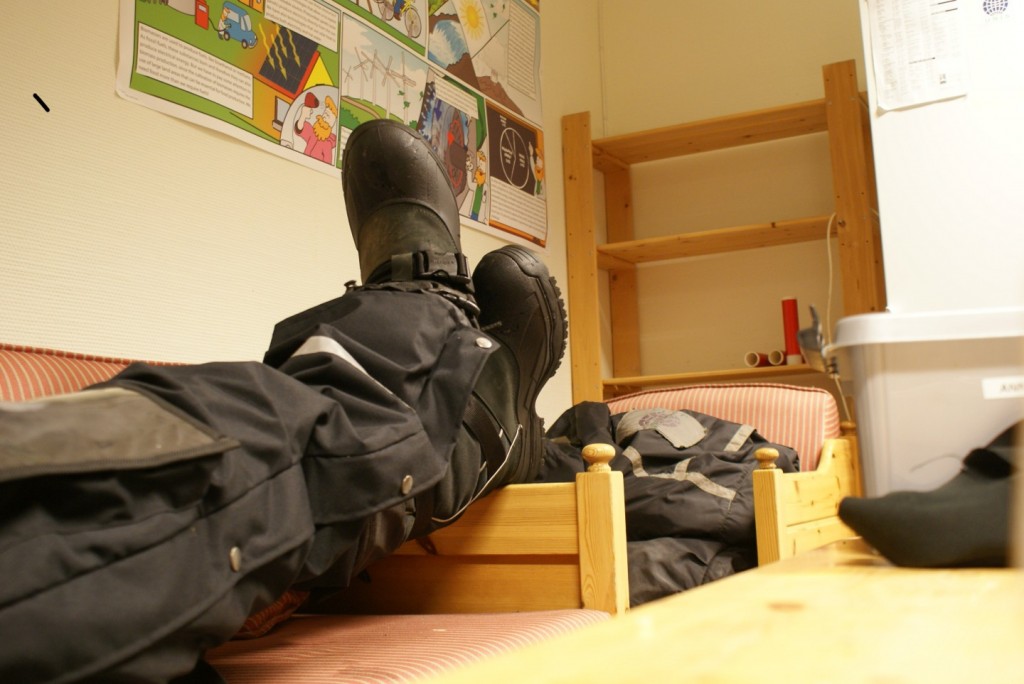 Four of us leave for the station in the evening. The original plan was to send up the balloon, but we don’t. It takes very long (especially without helping student hands) and someone has to look after it. In addition the cord restricts us in the flight operations. So we concentrate on flights with the SUMO. Initially we circle at different altitudes to find the highest wind speed. The maximum is at about 30m above ground. The SUMO is sent to a “dog-bone” flight path at this altitude and in the direction of wind. It flies a straight line and then turns in a full circle at both ends.

The fast temperature fluctuates like crazy in flight and that is good. In the later analysis it will be correlated with the turbulence/fast wind vector which is measured with the 5-hole probe. Later we get pizza delivered by a snow scooter and it is then five of us. We all stare on the moving temperature curve as it is measured up in the air. The control loops keep the plane reliably at the commanded altitude…which is not exactly high.

It is difficult to bring the aircraft into the narrow horizon section of the webcam. It looks just too far down. The video shows the “dog-bone” circle at the north-western end.

We leave at around eleven. The last landing was followed live from Toulouse with the webcam!